There seems to be no resolution in the ongoing strike by Nigerian Association of Resident Doctors (NARD) after 23 days, as they insist that the Federal Government must withdraw its suit against them at the National Industrial Court and the ‘no work, no pay’ order already being implemented against its members.

This is after the National Industrial Court of Nigeria (NICN), yesterday, rejected an application by the Federal Government to order striking members of NARD to resume work.

The judge, John Targema, rather ordered the two parties locked in the industrial dispute –members of NARD and the Federal Government – “to suspend all forms of hostilities and maintain status quo.”

The Federal Ministry of Health had last Friday sought an order of interlocutory injunction, restraining members of NARD from further continuing the industrial action that began on August 2, contrary to Section 41 of the Trade Dispute Act, pending the determination of the substantive suit.

Justice John Targema, who gave the order while ruling on the ex-parte application, said: “Having looked especially on the affidavit of extreme urgency, the grounds of the application, the affidavit in support of same and arguments of counsel for the applicant, and after weighing the submissions and arguments of counsel on the law as it stands on this application, it is hereby ordered that claimant/applicant and the defendant/respondent suspend all forms of hostilities forthwith pending the hearing and determination of the motion on notice.”

But in its response to the order, NARD said it is curious that a case that was adjourned till September 15, could be resurrected on August 23, without prior notice to the association.

President of NARD, Uyilawa Okhuaihesuyi, told The Guardian last night that it has not received any court judgment allegedly ordering it to suspend the ongoing nationwide strike, adding that it will amount to trial in absentia if the court truly gave such an order.

He stated that though NARD members are law-abiding citizens, they cannot call off the strike based on what they read on the social media, adding that it is a legal issue and has a process.

He said: “We did not know that they went to court. We did not hear anything from them. We are just getting the report from the social media. The only court we were taken to and we appeared was the National Industrial Court, which adjourned the matter for further hearing on September 15, 2021.

When asked whether the strike would be suspended if the association is eventually served the court order, Okhuaihesuyi, said: “Even if they eventually serve us, we will meet with our lawyer.”

On whether the strike is still on, the NARD president said: “Yes, the strike continues, we are law-abiding citizens, but we cannot rely on what we are reading in the social media.”

The motion, which was brought under Suit No: NICN/ABJ/197/2021, had the Federal Ministry of Health and the Federal Government as first and second claimants/applicants and NARD as the only defendant/respondent. 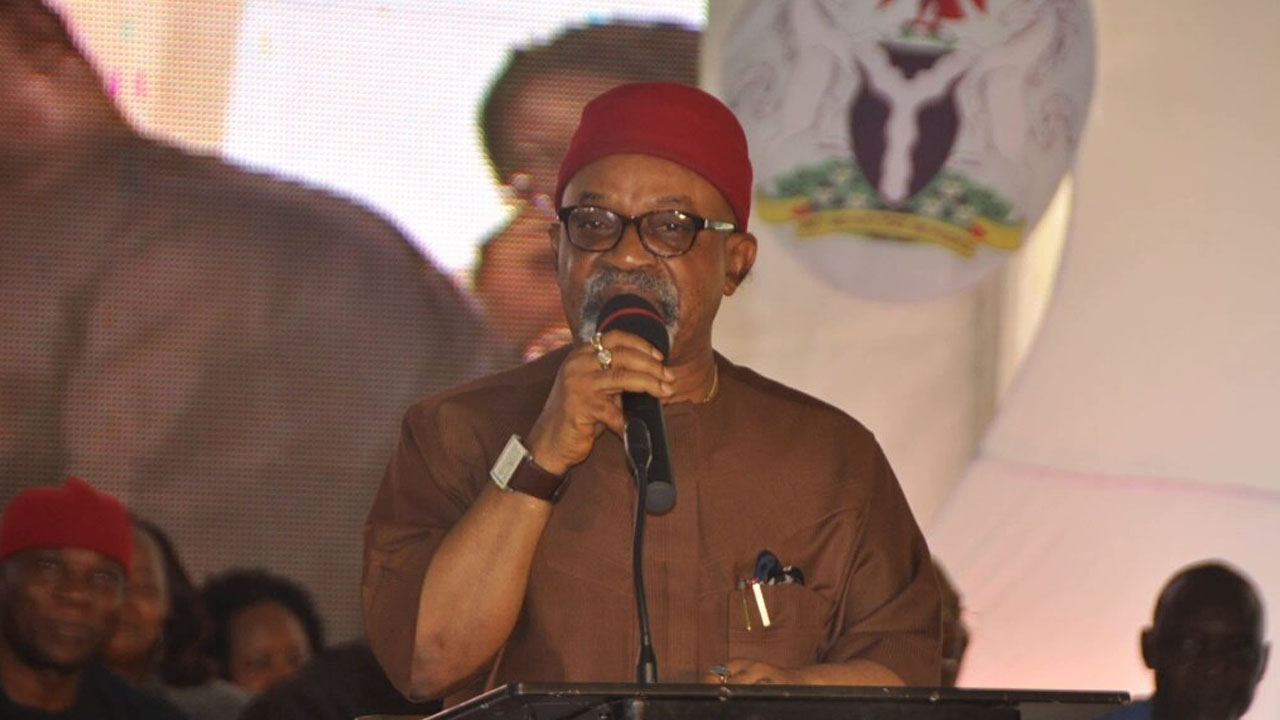 Upon hearing the motion ex-parte and affidavit in support sworn by Ahmed Nasiru, the Director of Legal Services, Federal Ministry of Health, the presiding judge, Justice John Targema, granted an order of interlocutory injunction, compelling all members of the defendants/respondents in all the states of the federation to suspend the said industrial action and resume work immediately pending the determination of the substantive suit.

The court held that the continued downing of tools by the striking doctors have inflicted a lot of damage on the health system and the sick amid the ongoing COVID-19 pandemic.

The judge adjourned the matter to September 15, for the hearing of the motion on notice and any other pending application.

Reacting, the Minister of Labour and Employment, Dr Chris Ngige, who first mediated on the issue between NARD and their employers, the Federal Ministry of Health, described the court ruling as a welcome development.

Ngige, however, reassured the affected doctors that the ruling will not prevent the Federal Ministry of Health, Federal Ministry of Finance, Budget Office of the Federation (BOF), Office of the Head of Service of the Federation (OHOCSF) and the National Salaries, Incomes and Wages and Commission (NSIWC) from the implementation of the agreements contained in the Memorandum of Understanding (MoU) reached at the last meeting with the Nigerian Medical Association (NMA) and affiliate associations with timelines affixed to them.

MEANWHILE, The Guardian investigation revealed that most patients are being turned back at the 52 Federal Health Institutions (FHIs) and Teaching Hospitals across the 36 states of the federation and the Federal Capital Territory (FCT), Abuja. This is leading to medical complications and deaths. Patients who can afford it have resorted to private clinics, while those who cannot have resorted to quacks, traditional medicine homes and ‘chemists’. The super rich, however, fly abroad for further medical treatment despite the COVID-19 challenge.

The Guardian investigation revealed that medical consultants and nurses are the ones attending to patients but most hospitals have stopped admitting patients and are attending to them as outpatients.

NARD President, Okhuaihesuyi, said they agreed on some things with NMA. “NMA signed but we refused to sign. We cannot sign anything as regards to calling off the strike when we are already in court and ‘no work no pay’ is also in motion. They are threatening to sack us. Why taking us to court instead of doing what they are supposed to do.

“The consultants are working. We would love to work but the situation is constraining. They have already started implementing the no work no pay policy. Our members can hardly feed. Nigerians should intervene and ask the Federal Government to do the right thing.”

Also, President of NMA, Prof. Innocent Ujah, told The Guardian that the association is working very hard to ensure that the resident doctors call off the strike.

“We are doing everything to resolve the issue. The only problem is whether there will be victimisation. The resident doctors want assurance that they will not be victimised. The areas of conflict are no work no pay policy and being in court. We expect that the MoU we signed with them will be implemented; even the previous MoUs should be implemented. The fear by the resident doctors is that once they call off the strike, the Federal Government may renege as had been the situation in the past.

He added: “We don’t expect President Muhammadu Buhari to attend to us, we know there are responsible officers who are expected to do that. Even if we agree that the resident doctors should call off the strike, they have to go to their executive members to get permission from their members before doing that.

“We are pleading with the Federal Government to honour the MoU. The patients are suffering. The responsible officers should do everything possible. The resident doctors are saying they want commitment from the Federal Government. It is now 22 days after the strike started, we plead with Nigerians to put pressure on responsible officers to do the needful for the resident doctors to call off the strike. ”

YESTERDAY’s ruling is coming four days after rejecting a call by a civil society organisation, Rights for All International, last Thursday, to order the doctors to end the strike.

Monday’s ruling, asking the parties in the case to suspend hostilities came as a vague answer to government’s application, which specifically sought an order of interlocutory injunction compelling the resident doctors across the country to suspend their industrial action they started on August 2.

The government’s application, being an ex parte motion like that of the CSO’s, was similarly heard by the judge in the absence of NARD. The judge, after declining to grant the specific orders sought by the government, ordered that hearing notice be issued to the defendant, along with other processes, which included the originating summons.

He ordered that the proof of service be kept in the case file before the next adjourned date. Justice Targema then adjourned the matter till September 15 for hearing of the motion on notice.

Members of NARD constitute the largest proportion of physicians in tertiary hospitals. NARD claimed that one of its reasons for the strike was the failure of the government to meet its demands after they entered a memorandum of action in 2014.

The association demanded, among others, the withdrawal of the circular by the Head of Service removing House Officers from the scheme of service.

The applicants on their part in their affidavit in support of motion ex-parte had stated that the subject matter before the court was of serious urgency given its nature, which had to do with life and death.

In addition, the affidavit said the strike action by the respondent, which has been ongoing for three weeks, was causing Nigerian citizens pains and untold suffering.

The government said the strike “is accounting for numerous death of persons who could not access the medical services provided by the respondent.”

Nigeria, others to benefit from EU’s €6b satellite-based connectivity investment February 17, 2022