President Muhammadu Buhari has ruled out the possibility of heeding calls by the International Monetary Fund (IMF), World Bank and other leading economists to remove fuel subsidy. The President said this in an interview he granted Bloomberg with the transcripts made available to newsmen by his media office in Abuja, yesterday.

With fresh fuel scarcity biting across the country, he said though his administration planned to remove fuel subsidy last year, further consultation with stakeholders, as well as events, which unfolded this year, made the move increasingly untenable.

Defending his government’s retention of fuel subsidy against the advice of experts, President Buhari said: “Most western countries are today implementing fuel subsidies. Why would we remove ours now?

“What is good for the goose is good for the gander. What our western allies are learning the hard way is what looks good on paper and the human consequences are two different things. My government set in motion plans to remove the subsidy late last year. After further consultation with stakeholders, and as events unfolded this year, such a move became increasingly untenable,” President Buhari said in the written responses to Bloomberg questions.

President Buhari said boosting domestic production for refined products would stabilise prices, pointing out that the exchange rate is still susceptible to external shocks that could suddenly and severely affect Nigerian citizens.

He said: “As we step up domestic production – both in fuel, enabled by Petroleum Industry Act (PIA) and food (agricultural policies) – the inflationary threat shall diminish, and we can move toward unification.

“Boosting internal production for refined products shall also help. Capacity is due to step up markedly later this year and next, as private players and modular refineries (Dangote Refinery, BUA Group Refinery, Waltersmith Refinery) come on board.”

THE President also defended the funding programme of the Central Bank of Nigeria (CBN), describing it as an “alternative economic model.”

The CBN’s critics have faulted the apex bank’s interventions in different sectors of the economy, linking them with the country’s high inflation rate (which currently stands at 17.7 per cent).

Last week, the World Bank in its Nigerian Development Update (NDU) said the special intervention lending, which spreads across power, agriculture, manufacturing among others, was crowding out risk-adjusted lenders.

But Buhari told Bloomberg that the CBN’s funding arrangements align with the country’s developmental agenda, adding that orthodox approaches had failed the country in the past.

He said the CBN governor, Godwin Emefiele, is labeled as being political and faces overwhelming criticisms because he chooses to follow a model that prioritise the well-being of Nigerians.

“The governor follows a model outside of the economic orthodoxy, he is labeled political. But the orthodoxy has proved wrong time and again. Instead, the governor is following an alternative economic model that puts people at the heart of policy. Nigeria should be free to choose its development model and how to construct our economy, so it functions for Nigerians.”

Asked to comment on the governor’s interest in running for the office of president, Buhari noted: “CBN’s board of directors will determine whether a CBN governor’s actions have fallen foul of the laws.”

A group of farmers had purchased expression of interest and nomination forms for Emefiele after months of speculations over his presidential ambition. But the apex bank chief turned down the gesture, saying he will purchase the forms with his hard-earned resources if he chose to run for the top office.

The propriety and legality of the actions triggered debates and criticisms, with some calling for Emefiele’s sack. There was no official statement from the President until yesterday’s interview.

The President said the efforts of the administration have paid off in moderating food prices, noting: “We can only imagine what food inflation would be today had we not initiated organised programme.” He said the government was consistently “making progress” in this regard.

ON the soaring national debt, he said the borrowed funds are used for “Nigeria’s longstanding infrastructure deficit by constructing a foundation for sustainable growth.” This, he said, would spread economic opportunities across the country and reduce the rising insecurity.

He dismissed a “narrow focus on the debts” saying that would be missing the point. The country’s national debt stock rose to M41.6 trillion at the end of the last quarter. 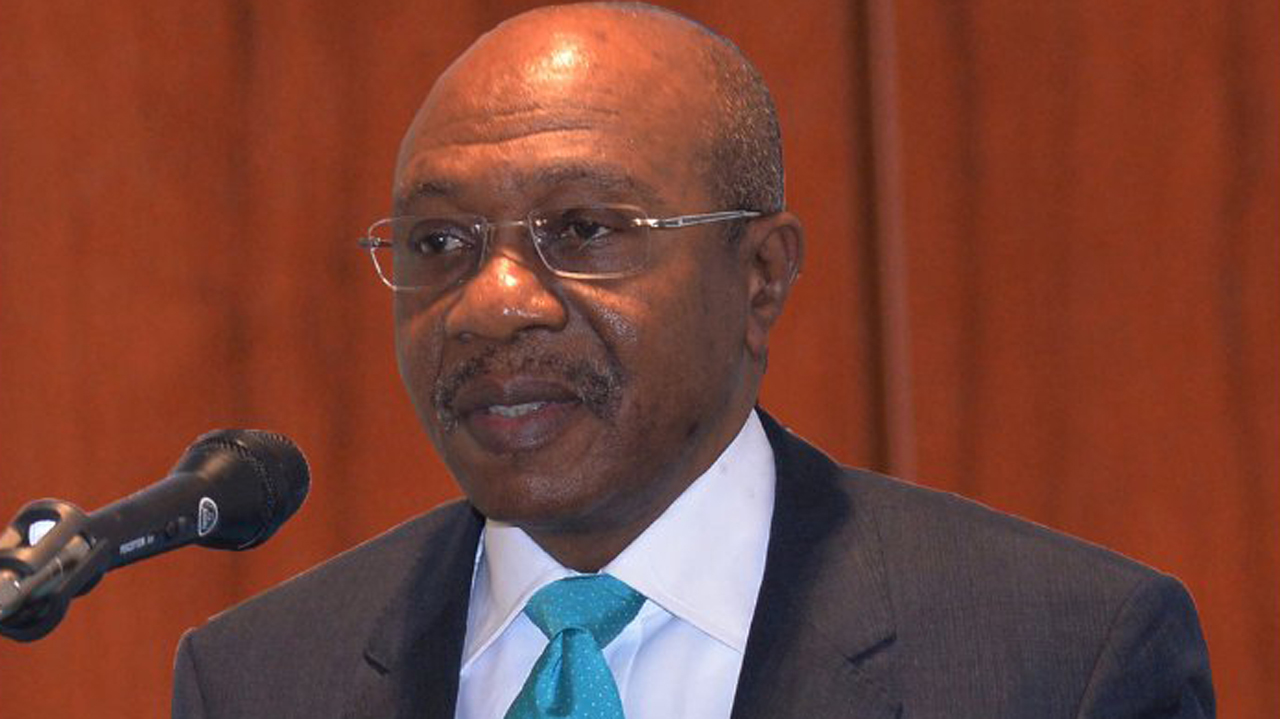 The figure excludes CBN’s advances, which stood at N10 trillion early last year. The Debt Management Office (DMO) had disclosed that the amount would be converted to a long-term debt instrument.

“We have spent our two terms investing heavily in the national road, rail, and transport infrastructure set to unleash growth, connect communities, and lessen inequality. This is structural transformation. It may not show on standard economic metrics now, but the results will be apparent in good time,” the President said in defence of the rising sovereign debts.

“What the debts fill is Nigeria’s longstanding infrastructure deficit by constructing a foundation for sustainable growth – spreading opportunity to ensure no part of the country is left behind, which has led to insecurity in the past.

“Our infrastructure developments have been the most ambitious since Nigeria’s independence. Over 800 federal roads are being constructed or undergoing rehabilitation and 650km of rail line have been laid, helping alleviate food inflation pressures, given most food is produced in the North.

“Had the infrastructure gap not been filled it will only grow, become more costly to repair what little we have while lacking more on infrastructure on which to build growth, negatively impacting progress towards UN Sustainable Development Goals.”

The President said his administration had invested heavily in national road, rail, and transport infrastructure to unleash growth, connect communities, and lessen inequality in the society in the past seven years.

He said though the ongoing structural transformation may not be evidenced on standard economic metrics for now, “but the results will be apparent in good time.”

ON his performance on the anti-corruption war on which he rode to powder, the President said: “We will leave Nigeria in a far better place than we found it. Corruption is less hidden, for Nigerians feel empowered to report it without fear, while money is returned; terrorists no longer hold any territory in Nigeria, and their leaders are deceased; and vast infrastructure development sets the country on course for sustainable and equitable growth.

“In 2015, Boko Haram held territory the size of Belgium within the borders of Nigeria. Today, they are close to extinct as a result of military force. The leader of ISWAP was eliminated by Nigerian Airforce airstrike in March. The jets acquired from the U.S. and intelligence shared by the British were not provided to previous administrations and stand as testament to renewed trust re-built between Nigeria and our traditional western allies under my government.”

He urged international partners to proscribe the Indigenous People of Biafra (IPOB) as a terrorist organisation, saying it costs it nothing. He accused the West of providing a haven for the leadership of the organisation who he said were “spending millions lobbying members of the U.S. Congress and freely using international financial networks to arm agitators on the ground.”

He justified the designation of IPOB on its “complicity in damage to pipelines and infrastructure,” noting that criminality and terrorism in oil-producing regions have huge consequences for the country’s oil production, which in the last quarter slumped to its lowest level in recent memory.

Buhari boasted that his “administration is the only one in Nigeria’s history to implement a solution to decades-long herder-farmer conflicts, exacerbated by desertification and demographic growth.”

“Even in the years of drought, rice production outstripped pre-2015 levels. Imports have fallen to near zero. We are making progress. Against these advances, international trade remains rigged against food security in Africa. The EU’s policies, in particular, are all rhetoric of open trade – yet their Common Agricultural Policy subsidy programmes and export of those subsidized goods create dependence, undermine Africa’s self-sufficiency, and cause food poverty and starvation,” he said.

Speaking on power, which has nosedived to the abysmally low level as at today, Buhari noted: “There are hundreds of ongoing projects and initiatives attracting funding from investors. Take my Presidential Power Initiative (PPI), a government-to-government initiative between the Governments of Nigeria and Germany, with Siemens AG to upgrade the electricity grid with a $2 billion investment.”

He said the amended Constitution, when signed into law, would allow state governments to generate and transmit electricity while increasing investors’ participation in the sector. He mentioned the renewable energy project as one of the efforts towards increasing power efficiency.

When asked if he plans to endorse a candidate for president ahead of next year’s general elections, he gave a one line reply: “Yes.

I will endorse the APC candidate for president.”

MEANWHILE, contrary to speculations that former ministers who resigned to contest presidential primary under the platform of the All Progressives Congress (APC) were being considered for reappointment, President Buhari, yesterday, jettisoned the move as he sent names of seven fresh ministerial nominees to the Senate for confirmation.

In a letter read to Senators by the Senate President, President Buhari explained that the confirmation request was in accordance with the provisions of Section 147 subsection 2 of the 1999 Constitution as amended.

Why illegal harvesting of organs thrives in Nigeria July 1, 2022

FRSC begins “Operation RAID” on recalcitrant offenders in FCT May 24, 2021

Coups, poverty must be dealt with for Africa to grow, says Osinbajo March 1, 2022